It's time for another BIG patch, once again bringing more fixes, map adjustments, balance tweaks, and two huge new features: Spectator support and Streamer instance support. I'm extremely excited about these in particular because they allow for exciting and unique match perspectives for viewers of live streams.

Simply join a lobby and don't choose a hero, and you'll be spectating that match! Spectators can choose to view the game as the players do - but also through a new visibility mode that shows invisible players as silhouettes. 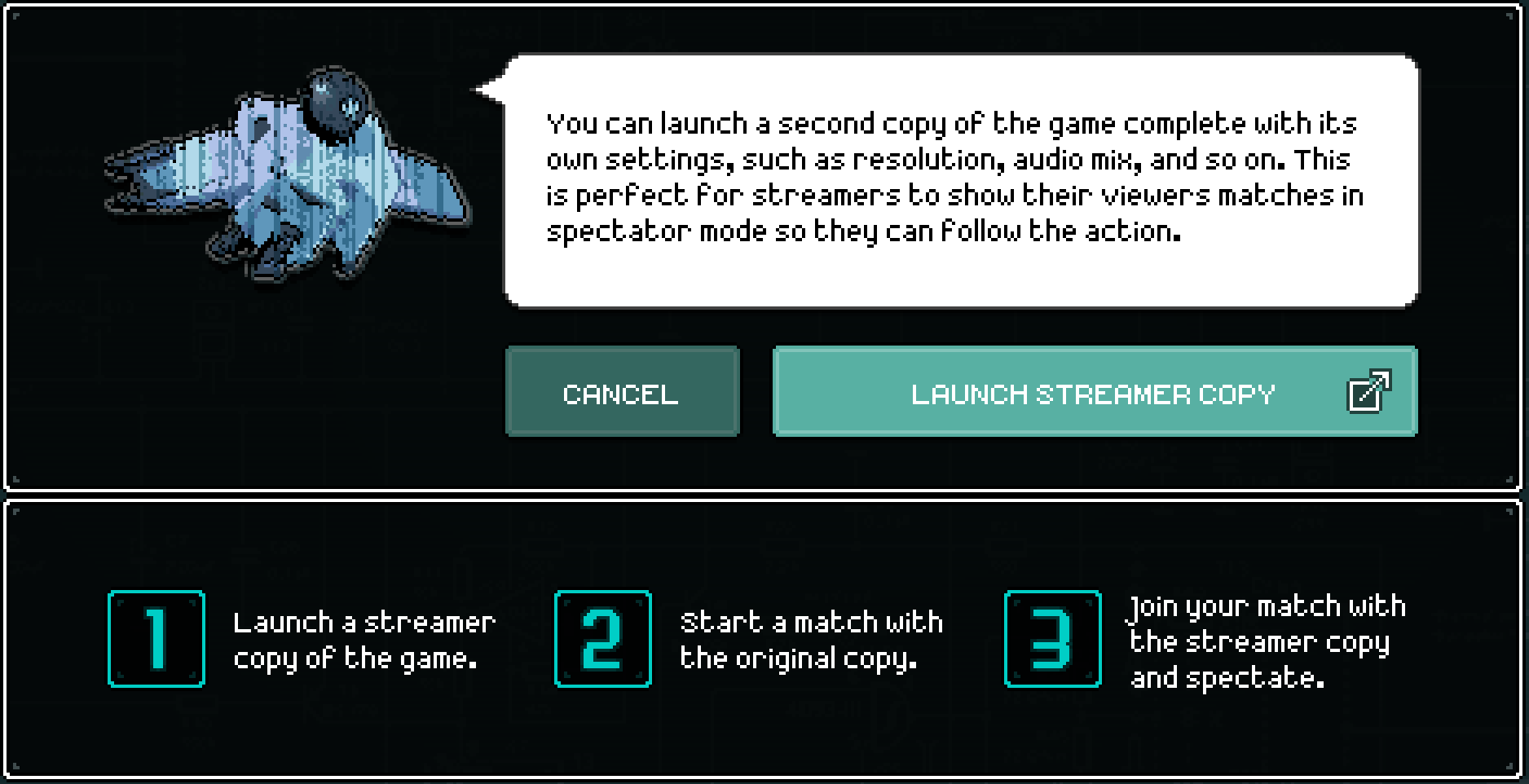 Activate the "eye" button on the title screen to launch a second copy of Invisigun alongside the first - and it has a completely unique set of preferences. Coupled with spectator mode, this lets you participate in matches in the first game while streaming a separate spectator copy for your viewers in the second game. Public matches are time-delayed to prevent abuse, while private matches are real-time.

This hopefully opens up a whole new world of sharing the game's action with others, and I hope you enjoy the slew of other updates with the patch. Here's the full changelog: